Last weekend the news broke of the passing of RUSH-drummer Neil Peart (1952-2020). When watching the response unfold on Twitter and Facebook, and digesting my own pain about this by listening to their music all weekend, it struck me: we should be making memories.

I stumbled upon RUSH by accident in 1979, hearing a tape of 2112 in the car of the drummer of the band Hammerhead. I was 12 at that time, into music but not playing an instrument and this song resonated strongly. I was thrilled and in awe. Not long after I sat down listening to tapes of all that I had missed: Rush (1974), Fly by Night (1975), Caress of Steel (1975), All the World’s a Stage (1976), A Farewell to Kings (1977) and Hemispheres (1978). Neil Peart’s drumming spoke to me and I loved how the bass answered whenever his drums spoke. It was when I set my mind on wanting to play bass guitar.

I loved my Rush albums to bits trying on my acoustic guitar to learn some chords and play some of the basslines.

But realistically that opportunity to play the bass only emerged a little over a year later, in 1980 around the time Permanent Waves (1980) was released. Two classmates had formed a 4 piece band called Booster a while earlier and now their bass player was leaving. I jumped at the opportunity to become part of it … despite the fact that I had to make do with a borrowed precision-bass copy. We were playing  Presley’s Hound Dog, Deep Purple’s Smoke on the Water, Bill Haley’s Rock around the Clock and a couple more classic covers.

Our start however was a bumpy one. Although we were so young, inexperienced and ‘fresh’ we had a manager. The owner of a local recording studio and independent label had plans with us … however those plans did not align at all with the direction we were taking in our minds and teenage fantasies or rock-stardom. A crisis followed and 3 of us decided to quit and go our own way, leaving our rhythm guitarist and an angry studio-boss behind. My ears however were all full of Rush’s Moving Pictures (1981).

Some covers were dropped and others were added, Status Quo’s Roll over Lay Down as well as the first two parts of Rush’s 2112. As a band we were that kind of weird mix … but we were cool about it and were making memories.

Our new band-name was ThunderChild, taken from H.G. Well’s novel War of the Worlds, or TC for short. To the covers we were playing we started adding our first own compositions like Meteor. Playing at school fests, small local events and small local venues, whatever fitted our age-restrictions as we were still under-16’s. Something which wouldn’t change until a year later, in 1982.

With the end of 1981 and the start of 1982 came my first Rush concert during their tour for Moving Pictures and Exit Stage Left. Rush’s new album in 1982 was Signals, which far more synth heavy triggered my interest in synthesizers and keyboards as well. 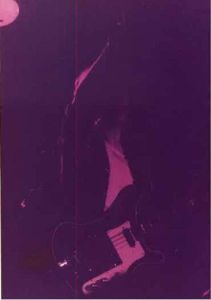 It would directly lead to my acquisition of a Sequential Circuits Pro-One monosynth a year later. But turning 16 also meant that the range of venues we could play expanded. In fact, there were now even venues we would play for a second or third time within a year generating a, even if small, non-negligible degree of recognition.

I think it was around that same time that we also started attempts to see whether we could generate a television performance. On Dutch TV there was a TV gameshow for youths that occasionally  had teenage music acts come and play. We auditioned several times over the coming years and although we always received positive feedback the invitation never came before the end. Similarly we also boldly contacted the WDR, regional German television, which showed interest but also didn’t lead to a conclusion. As 1983 approached our minds moved towards the possibility of recording a demo.

Big venues and events and the end

In 1983 we developed into a young act trying their teeth on a couple of larger-size events.

It was the start of a period where we occasionally managed to play crowds of a few hundred to just over a thousand festival goers, or a few dozen people at local venues coming to see us as headline act.

I think this is always the period that is mostly on my mind when I think back of my ThunderChild-days. It was the time where we had this shared feeling that things were moving our way. The end of our high school days was approaching and, especially in ’83/’84, this beaconed possibilities. 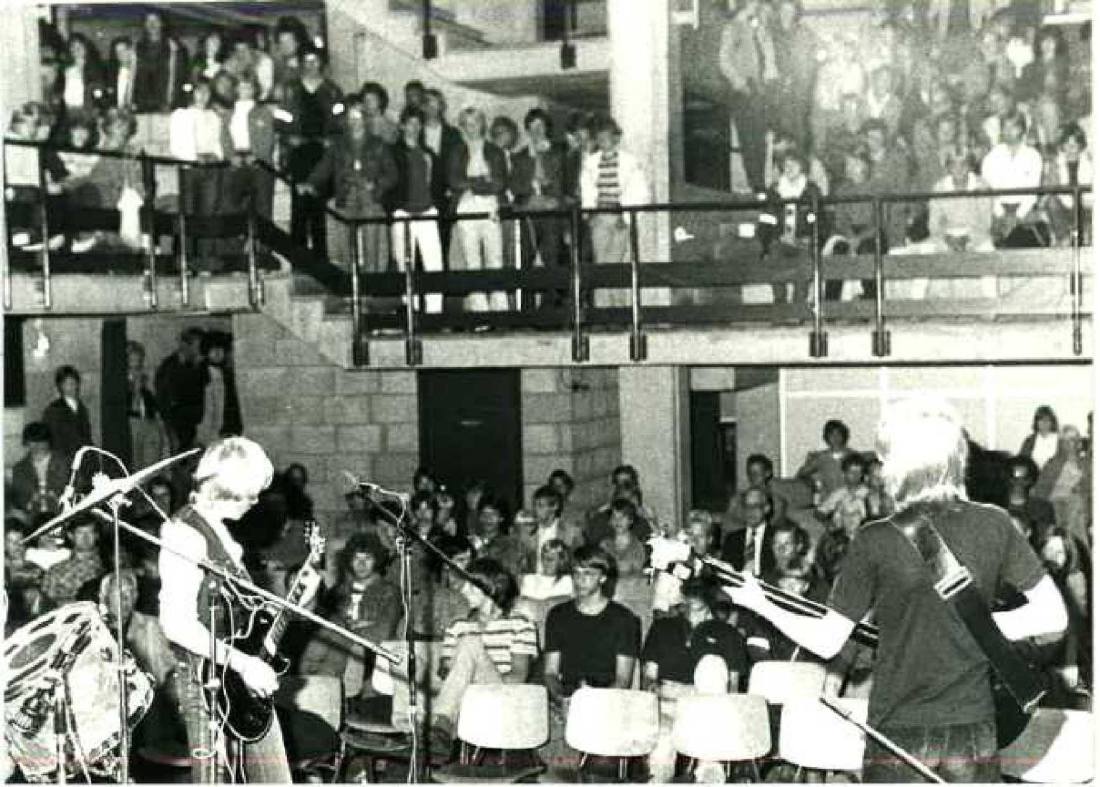 But with the increasing potential to become a fully operational band, recording and touring, also came the increased reflection on what other goals in life we had. A choice between profession and hobby started to become inevitable and it didn’t look like this choice would be made in the same way by each one of us.

Also, in our little band very different musical hearts were beating. That was good and great as long as the band was a hobby and we were just in it for the fun and excitement. But for a long and persistent future that might just be not good enough.

As ’84 turned into ’85 and ’85 turned into ’86 there were increasing drifts in musical preference. I was under the spell of Rush’s prog-synth phase and Grace under Pressure (1984) and Power Windows (1985). My 18-year old self attached much value to being a prog-rock musician and much less value to being simply a constructive, good and loyal band member. I could be quite fundamentalist regarding the role of lyrics and how they should inform the music rather than the other way around. At the same time I was rather blind to the melodic and rhythmic structure and role of lyrics. 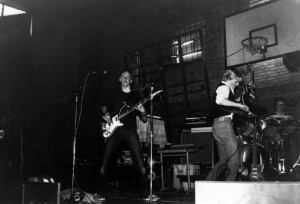 So in many ways it was inevitable that our pathways would split. The drummer, Andrew, and I were both inclined to go to college and do the non-music degrees we had wanted to do. Our guitarist Ray wanted to turn music into his profession but wanted to develop in ways beyond what our little band could hope to offer. So the decision was taken, a final concert was announced, our instruments were dug out one last time and in the sports hall of our high-school we played out final concert.

All of this is now almost 35 years ago. After our band split-up and our last concert was played we all went off into different directions. With Hold your Fire (1987) in my ears I started my degree in Physics & Astronomy. Presto (1989) marked the end of my first degree while Roll the Bones accompanied my move to Germany and the end of my MSc degree. The start of my PhD phase was heralded with Counter Parts (1993) and Test for Echo (1996) marked the end of that period and my first Post-Doc period as a theoretical physicist. Within 10 years after the end of ThunderChild I married, completed my training to PhD-level and saw the birth of my two daughters.

I was on hiatus clearly. But for joyful family and professional reasons. Rus went on hiatus in 1997 for far sadder reasons after the deaths of Neil Peart’s daughter and wife. I lost sight of them and completely missed the release of Vapor Trails (2002) and only when Rush in Rio (2003) hit the shelves of the cd-shops did I reconnect with them. And not just me … One Little Victory became a wholesale hit amongst my two daughters as well.

However I had never really stopped writing and playing music. But it was basically me with my guitars and keyboards paying around for my own fun. New equipment, such as a Korg workstation, allowed me much more musical reach although I could never befriend the fact that you needed to read a 75 page manual in order to have fun with it. In 2006/2007 this led to a couple of half-hearted attempts to record some of the songs I had written in the intervening years.

And although I really enjoyed making these, I never really warmed to this notion of being a single-singer-song-writer writing just for your own fun. I mean, I did enjoy the writing … but recording alone felt like an endless bore. Most of the songs I wrote in these intervening years are recorded somewhere on smart-cards and in the sequencer banks of my synths. I feel little urge to free them from their slumber even though I liked writing them. It was wonderful to see Rush again on their R30 world-tour in 2004, reconnecting with that source of inspiration that has been with me for so long.

The gradual release of Snakes and Arrows (2007) coincided with the beginning implosion of my marriage that had burst out into a divorce by the time I went to see them on their Snakes & Arrows world our in 2008.

In 2010 June marked the release of the first song, Caravan, from the upcoming new Rush album. For me it also marked another big departure as I and my daughters moved from the Netherlands to London. It was such a pleasure to start a new phase of my life with the new album Clockwork Angels (2012) and to finally be able to enjoy a Rush concert together with my daughters during their Clockwork Angels tour in 2013. Talk about marking memories!

So then early 2020 Neil Peart dies and suddenly it becomes so clear to me how his voice, that spoke to me all these years through his lyrics and Geddy’s actual voice, was now silent. And as I saw all the tribute come in from bands I was frequently listening to such as Foo Fighters or, in particular, Dream Theater it dawned on me that these bands had formed and grown during exactly the same era as I had, as our little band had. Suddenly I felt strongly that something was missing, that somehow that split-up in 1987 of ThunderChild had left one question open and unanswered: what would our ‘album’ or demo have sounded like? It struck me that 2021 it will be 40 years since those very early days where we started as a trio.